Planning a trip to London and working on your must-see list? If you don’t visit the Tower of London, you’ll regret it!

Built in the 11th century, The Tower of London has been around for almost a 1000 years! This fortress has served multiple purposes throughout that time and has something for everyone. See 500 year old carvings from political prisoners. Gush over the Crown Jewels. Marvel over medieval armor and weaponry from around the world.

Here are 8 intriguing reasons why you should include the Tower of London on your must-see list.

8 Intriguing Reasons to Tour the Tower of London

Who doesn’t love a good castle?

They can be a bit difficult to reach sometimes, but this one is conveniently located in the middle of the city and easily accessible via the Tower Hill tube station.

Side Note: Does anyone else think the announcer lady on the Tube is a bit too cheery when she says Tower Hill? Something to listen for when you visit…

After his successful invasion in 1066, William the Conqueror decided this ancient Roman site was the perfect place to build a new castle to keep an eye on London and its people. He built the original castle walls, White Tower, and moat, portions of which remain to this day.

2. The Tower of London was an infamous prison.

Probably the most well-known use for the Tower of London. Once upon a time being sent to the Tower was a terrifying affair, often ending in your tortured confession and death on nearby Tower Hill. Visit the Bloody Tower and learn more in the Dungeons.

But if you were an important political foe you were sent to the Tower, arriving via the Thames through Traitor’s Gate, to be detained until they could come up with a reason to execute you.

Many prisoners carved messages into the walls of their rooms to pass the time, and you can see these carvings throughout the Tower.

Infamous King Henry VIII had two of his six wives beheaded here at Tower Green. In the chaos that followed his death, more would meet their end here.

Visit Beauchamp Tower and look out the same window those doomed souls did at the spot on Tower Green where they would be beheaded. Creepy.

Other famous prisoners throughout the centuries include William Wallace, Edward V and his brother Richard (the Lost Princes in the Tower), Guy Fawkes, and Rudolph Hess.

A well-built castle is just as good at keeping people in as it is at keeping others out. The last execution was a German spy in 1941, and the last prisoners held here were the Kray Twins in 1952.

Castles are great for protection. The Tower of London being no exception, it housed the Royal Mint and Treasury for a period of time. Check out the mint rooms, to the left as you enter from the drawbridge.

See early coins and learn about the Great Recoinage of 1696, headed up by none other than Isaac Newton.

You may know Newton as the guy that discovered gravity and those useful laws of motion, but he was also into alchemy (his version of chemistry).

Newton’s buddy got him an appointment as the Warden of the Mint, and Newton standardized the metal composition of British coins.

But Newton knew how to have a good time, too. He would go to pubs dressed incognito and catch coin counterfeiters! Now that’s a fun retirement plan!

He also oversaw the minting of new coins for Queen Anne’s ascension to the throne, and she kindly knighted him in 1705.

All those magnificent royal jewels must be stored and guarded somewhere incredibly safe. After all, the Crown Jewels have never been successfully stolen. Melted down after the Civil War, sure, but never stolen!

See the monarchy’s truly stunning array of jewels, crowns, scepters, and other accessories. See the coronation crown up close.

Ever seen a diamond the size of an egg? The largest cut white diamond in the world is the Cullinan I diamond in the Sovereign’s Scepter, and it’s on display here.

No photography allowed in the Jewel House, but don’t miss this!

Once you finish the tour, be sure to continue to the rooms in the northeast corner of the Tower for more information and displays of jewels, as well as the jewel themed gift shop!

5. Lions and Tigers and Bears!

Trading exotic animals as gifts on state visits used to be commonplace. The monarchy needed somewhere to put all these “gifts” and so a menagerie was installed at the Tower.

Everything from elephants and polar bears to lions and monkeys made the Tower their home. Trouble was, the animals weren’t always properly cared for or contained.

Keepers knew nothing about the animals gifted to them. How were they to know that elephants are herbivores? A polar bear was even allowed to swim and fish in the Thames!

Visitors touched and fed the animals, ending with a few nasty incidents where visitors were attacked. After the last such incident in the early 1800s and with the rise of modern zookeeping and animal rights, the animals were removed from the Tower to Regent’s Park and became the founding members of the London Zoo.

Wire sculptures of various animals can be seen all around the Tower grounds, and there are exhibits in the former Monkey House in the north wall, near the Crown Jewels exhibit.

6. Armor and weapons belong in a castle.

The iconic White Tower at the center of the Tower of London houses several floors worth of armor through the ages and many of the weapons the Crown has received as gifts from foreign nations. Watch Henry VIII’s armor grow in size with him as he ages!

Word of warning: this requires quite a few flights of stairs but there are benches to rest on each floor.

The first platform on the south entrance stairs outside the Tower reveals a forgotten staircase with hidden bones discovered during a renovation. The bones are believed to be the Lost Princes (Edward V and his younger brother Richard). Learn more about the Lost Princes here.

A trip to the Tower of London would not be complete without taking a Yeoman Warder tour. Also known as Beefeaters, these men (and women!) host guided tours of the Tower, and it is absolutely worth it.

Included with your admission, these tours are informative and funny, and the only way you can enter the Chapel of St Peter ad Vincula. That’s important if you want to see Anne Boleyn’s grave or any of the other unlucky residents from the 1500’s Tudor reign.

Each Yeoman Warder has their own personality, but all are good-natured and know their stuff. They can fill you in on all the history of the Tower of London itself, and then they’ll tell you a bit about themselves.

To be eligible to become a Warder, one must have:

In exchange, they host tours, perform ceremonial duties, and have the privilege of living in the Tower! If you walk along the east battlements, you can see the tops of their quarters.

So that’s why there was a patio lounger on that balcony….

The ravens of the Tower of London are based in superstition, but the British aren’t taking any chances.

Legend says if the ravens ever leave the Tower of London, the monarchy will fall. Charles II wasn’t taking any chances. Given what happened to his father, can you blame him?

Superstitious, yes. But they clip the ravens’ flight feathers, just in case. The Ravens can all still fly, but most don’t bother leaving their comfy home in the Tower.

They enjoy comfortable accommodations with their significant others, free reign inside the Tower, and a diet of raw meat and the occasional blood soaked biscuit.

Visiting The Tower of London

There you have it: 8 reasons to add the Tower of London to your London itinerary. 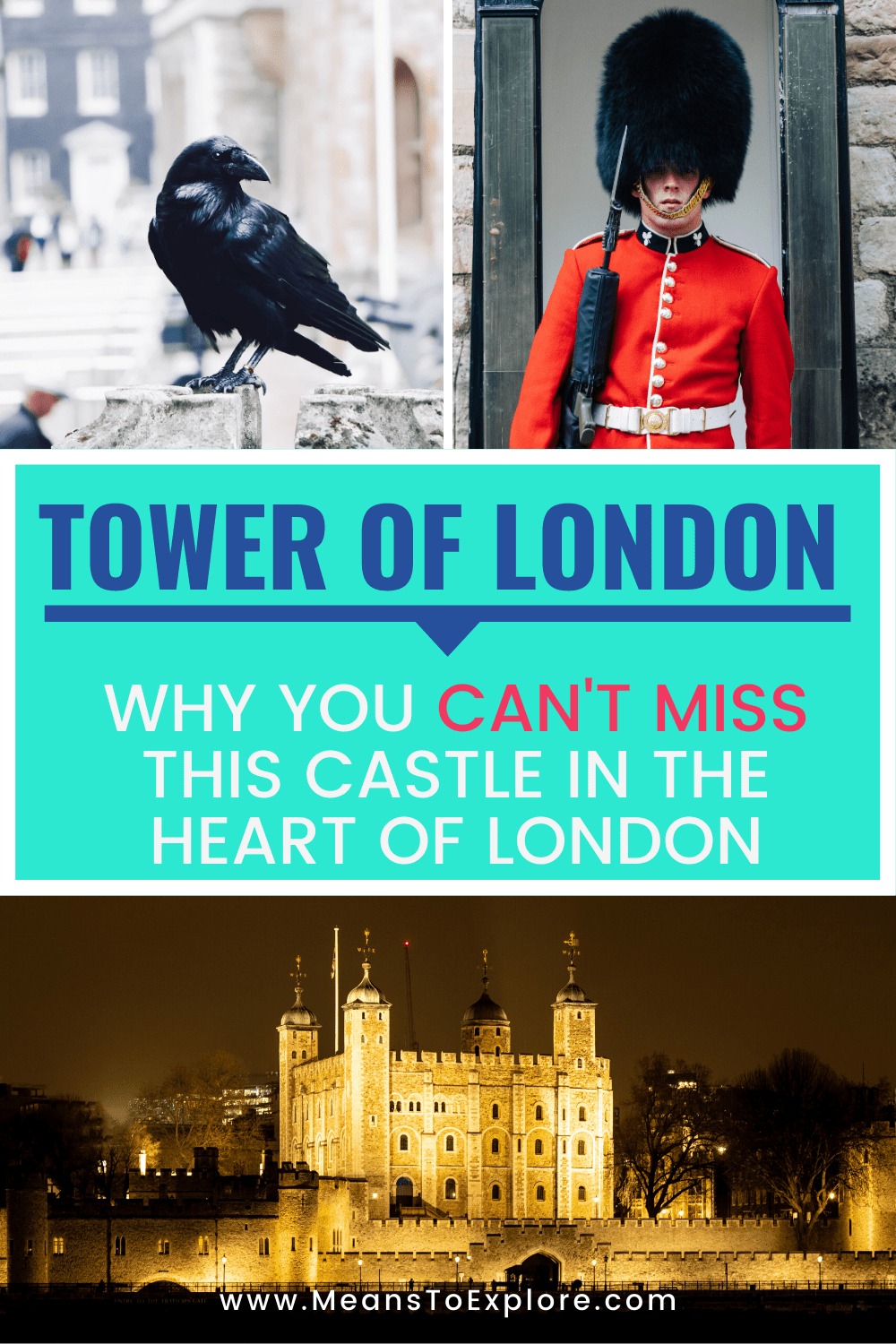 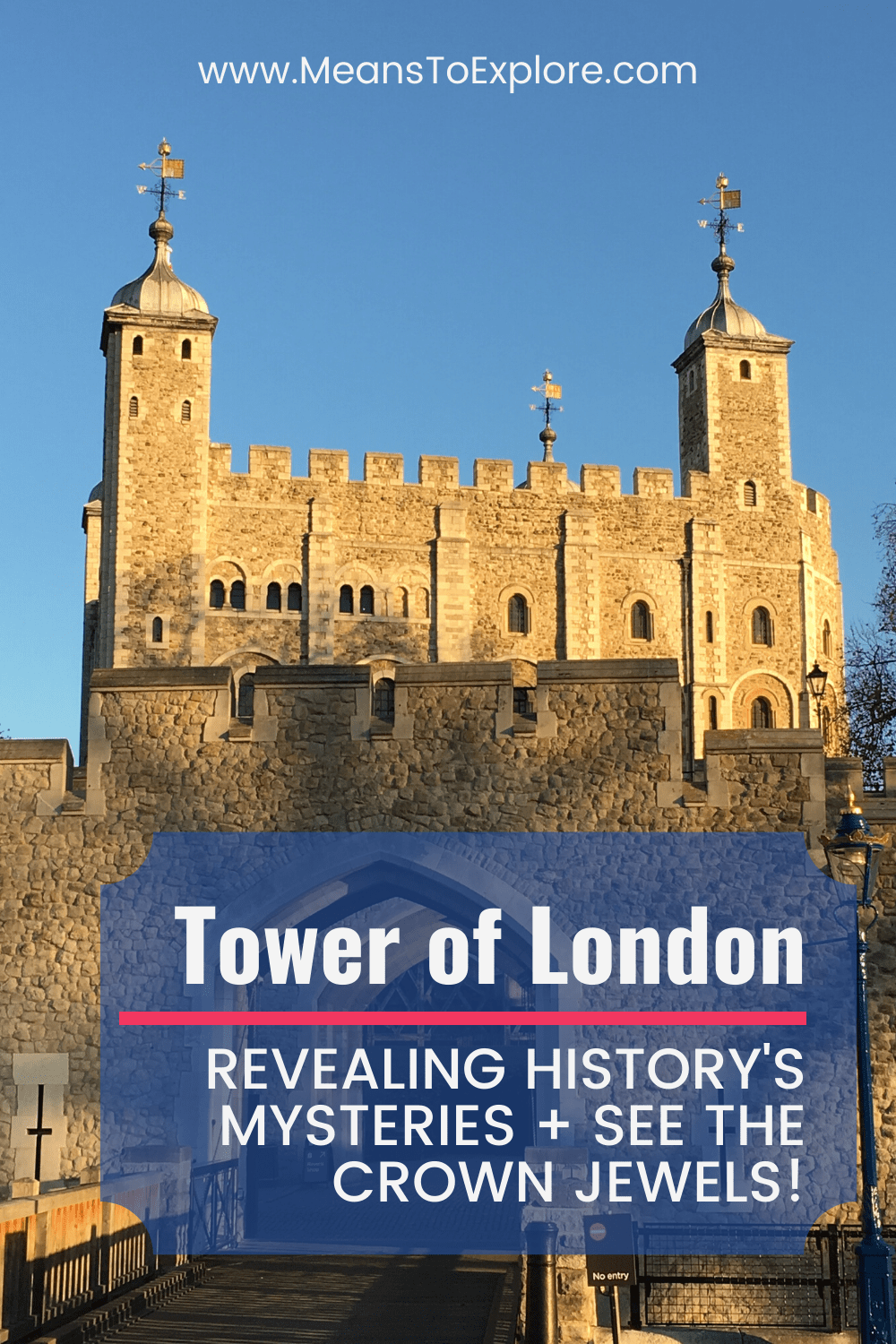 Best Things to Do in Lucerne (including Mt Pilatus in the Swiss Alps!)

How to Easily Day Trip to Salzburg from Munich