Just across the river from modern day Charleston, South Carolina, the Charles Town Landing State Historic Site preserves the original European settlement and fort that was founded in 1670, as well as the adjacent Legare Waring House and Gardens.

This South Carolina State Park includes archaeological sites of original buildings, wooden palisades around the fort, reconstructed period housing, cannons to defend the river, and a replica trading ship. Finish your visit with a walk through the gorgeous gardens at the Legare Waring House or a visit to the on-site zoo!

Top 5 Know Before you Go Tips

How to get to Charles Town Landing State Historic Site

This park is a short 15-20min drive from downtown Charleston. Yes, the modern-day city is on the peninsula but the original settlement site is further up the Ashley River and on the opposite bank.

If you’re driving from Columbia, it’s just shy of 2hrs.

The Charleston area has 5 other South Carolina State Parks within a 1 hour radius. If you’re coming down from Columbia, or further upstate, I recommend you check out some of these other nearby state parks while you’re in the area:

Charleston also has an international airport so you can fly in from anywhere. If you just can’t wait for your first dose of Lowcountry history, the Charles Town Landing State Historic Site is only 15 minutes from the airport.

How much does it cost to visit Charles Town Landing?

Charles Town Landing has a reasonable $12 per adult entry fee. Seniors and youths ages 6-15 get a discount, $7.50 and $7 respectively. Little ones age 5 and under are free!

Brief History of the Park and the Charles Town Landing Site

The original Carolina colony settlers were most concerned about safety when they first arrived, and this inland location offered protection for their first settlement.

A few decades later, the settlers had established a fort for protection from the Spanish, had befriended the nearby native tribes and began trading with them, and had experimented with various crops and determined which would grow best.

Much to the colony’s benefactors’ dismay, the Caribbean’s best cash crop, sugar cane, didn’t grow well in South Carolina. Believe it or not, it wasn’t hot enough.

The colonists knew the deep harbor at the confluence of the Ashley, Cooper, and Wando Rivers would be imperative for turning Charles Town into a thriving port city. The easy to defend area at the original landing site was too shallow for cargo ships.

So the town relocated to its present day location on the peninsula between the three major rivers, and the original landing site was mostly forgotten until the 1960’s.

What to do at Charles Town Landing

Visitors in a hurry can walk through the zoo, the fort, and the gardens in about 2 hours. But if you’ve got the time, take a half day and really explore the area.

Get all the Facts at the Visitor Center Museum

After you purchase admission, continue past the front desk and find the museum on the right.

Here you’ll get all the facts about how the colony was formed, who came as settlers, how they decided how much land settlers would receive, and the relationships formed with the Native American tribes in the area.

It’s a quick but detailed view into life in South Carolina’s first settlement. The information also aids your understanding as you explore the fort later. It’s worth a walk-through before you head outside.

Once outside and starting down the paved path, take the first left to see the Animal Forest! This small zoo focuses on animals the original settlers would have encountered when they first landed here.

You’ll be surprised how many large mammals made the coast their home before Europeans arrived. Think bears, bison, and wolves! Check out the Animal Forest to see these creatures in their natural habitats as the settlers would have seen them.

Walking Tour of the Fort

Pick up a map at the visitor center and follow the paved path around the Charles Town Landing Site. Points of interest are numbered and a corresponding pamphlet explains what you’re seeing.

Check out a colonial era bathtub in the now burned and ruined Horry-Lucas House and a replica settler’s house by the tidal marsh. (I’m very glad I was born in the age of air conditioning and indoor plumbing…)

The settlers had to test several crops to see what would grow here, and a garden exhibit marks each plant and what the settlers discovered flourished best in this new climate.

Marvel at original fortifications, palisade walls, and cannons as you continue your walk through the fort. See the stocks & pillory, and take a turn aiming cannons over the palisade to defend the fort from the Spanish!

Climb Aboard the Adventure

Inside the fort, tap into your inner ship captain as you explore the colonial trading vessel, the Adventure, docked on the river.

These smaller ships were used for transporting goods to the settlement up the river from ocean-going cargo ships that couldn’t make it out of the deep harbor. The wharf is still protected today by a row of cannons on a ridge above the river.

Historical programs throughout the year provide an interactive look into the past, with guides dressed in colonial period clothing and regularly scheduled cannon firings. A schedule of events is available on the Charles Town Landing’s state park website.

The south is famous for its moss-covered giant live oaks, and the Legare Waring House has a beautiful tunnel of them. I know some of you have that on your Charleston bucket list: get an awesome oak tree pic to make your friends jealous!

The Legare Waring House was originally an overseer’s house that escaped being burned down with the plantation’s main house at the end of the Civil War. The house fell into disrepair and was eventually inherited by someone who saw the historical importance of saving it.

The house was redone in the 1940’s in Georgian revival style, so it’s much grander now than it would have been originally. The gardens, lagoons, and those beautiful oak trees were installed around the same time.

The Legare Waring House is now used primarily as an event space, with many a gorgeous Southern wedding taking place here.

If you want to make a bee line for the live oak tree tunnel, nobody would judge you.

The gardens explode with color in the spring when azaleas and camellias bloom and also offer some phenomenal photo ops with the freshwater lagoons and fountains.

There’s a reason the Legare Waring House and Gardens are a prime wedding venue: gorgeous photos at every turn!

The fort area also offers some unique photos. Plenty of birds and boats and wonderful sunsets across the marsh.

Bring your bicycle, or rent one from the visitor center by the hour or for the day, and enjoy a pleasant day riding around the 7 miles of paved and unpaved trails at the park.

Whether you stick to the paved path or choose to go off road, you’ll find plenty to see. The gardens alone are 80 acres to get lost in!

Enjoy a day out with the family at Charles Town Landing Historic Site!

I hope this guide helped you plan your visit to this underrated state park! Check back for another installment in the South Carolina State Parks series! 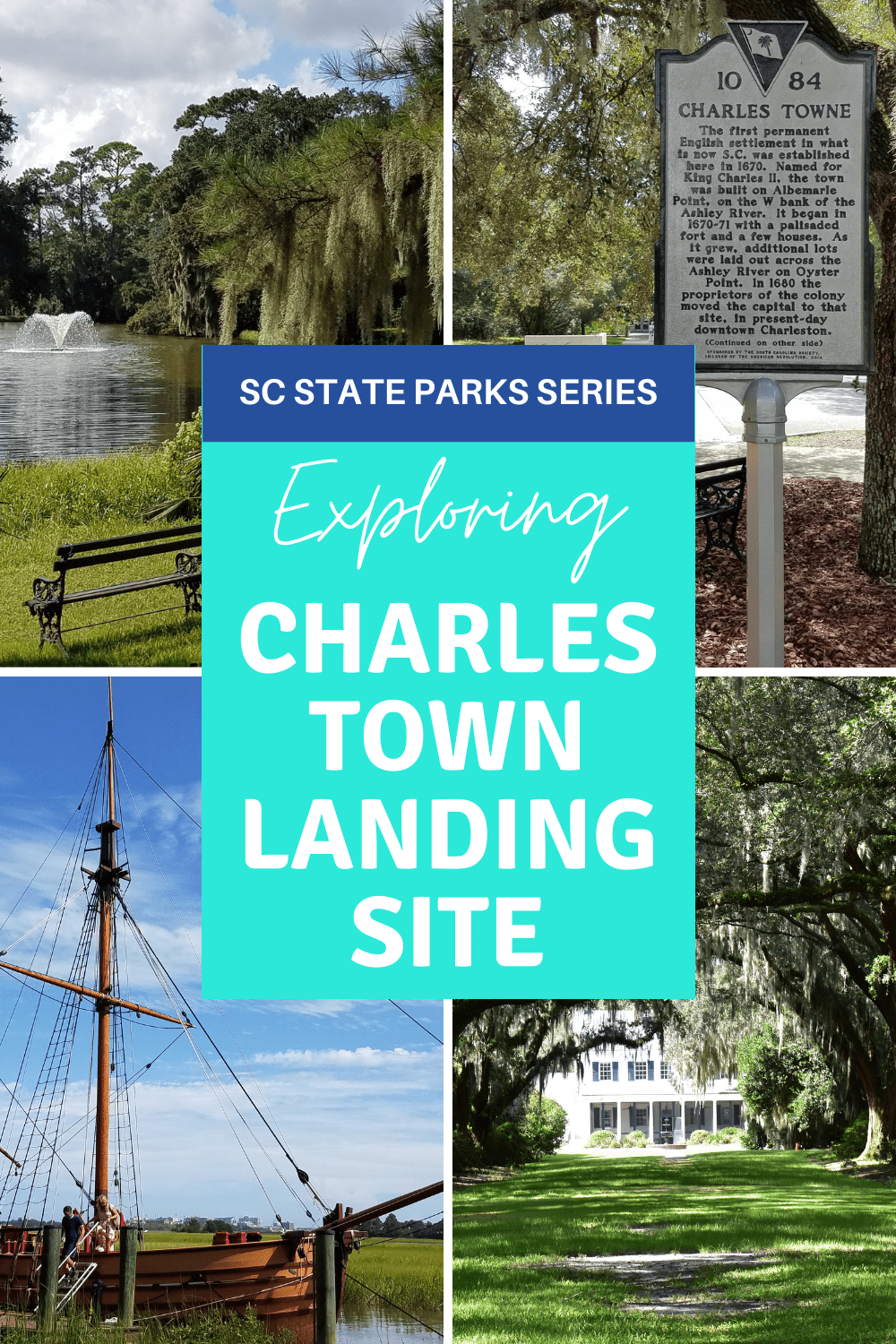 Top 5 Amazing Things to Do in Valley of Fire State Park: An Easy Day Trip from Las Vegas

A Gettysburg Self-guided Driving Tour How to: Easy + Free!